The Broadmoor neighborhood is located in Central Seattle.  Condos for sale in Broadmoor include foreclosures (bank-owned condos), short sales, and traditional resale and new construction condos.

Broadmoor in Seattle is an exclusive residential area located west of Madison Park, and it's a 15-20 mins drive from downtown Seattle. It has a livability score of 79/100 (considered exceptional), ranked #15 neighborhood in Seattle, #47 ranked in Washington, and the cost of living in Broadmoor is 108% higher than the Seattle average. Broadmoor has Broadmoor Golf Club (a private golf club) located south of Foster Island, and it's an 11-15 minutes drive to downtown Seattle. The nearest school is Mc Gilvra Elementary School in 38th Ave E in the east of Broadmoor. The nearest public library is Montlake Branch at 24th Ave E in the east of Montlake Elementary School. If you're looking for a place to run or walk, visit Washington Park Arboretum in the west of Broadmoor, and it's just a 14 min walk from Broadmoor. The park is a botanical garden with different sectors like Witt Winter Garden, Rhododendron Glen, and Japanese Garden.

If you're looking for an area to play tennis or watch a tennis tournament, there's Seattle Tennis Club in McGilvra Blvd E located southeast of Broadmoor, and it's just a 7-10 mins drive from Broadmoor.  Seattle Tennis Club has a great view of Mount Rainier and downtown Bellevue, 19 tennis courts, a fitness area, a boathouse, private beach access, a pool, and spaces for events.

Broadmoor is a gated community near Madison Park in East Central Seattle. Homes in Broadmoor range from new construction to castle-esque traditional masterpieces. This exclusive neighborhood runs along the Broadmoor Golf Club, which is also adjacent to the Washington Park Arboretum. Broadmoor is one of the few gated communities in Seattle, and its real estate values reflect the unique luxuries that it affords its residents. 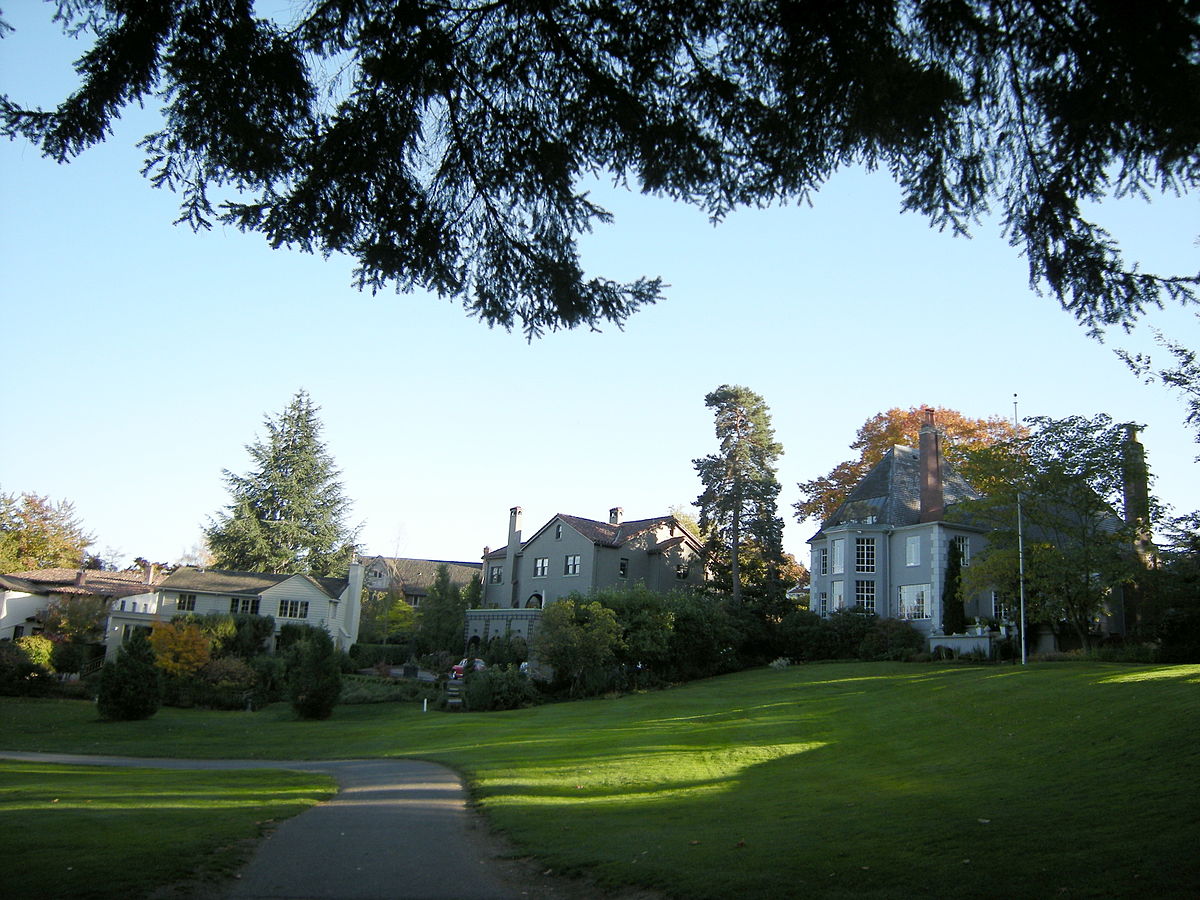