Water view condos in Greater Seattle can have views of Puget Sound, Lake Washington, Lake Union, and Lake Sammamish.  The value of a water view in the Seattle area is significant, as prices for view condos can often be twice as high as prices for condos without a view.  While there are not always Eastlake water view condos available for sale, check back often as new listings will appear on our site daily.  If you can't find the water view condo you're looking for, just Contact Us and we'll do the searching for you.

Eastlake one of its oldest and quirkiest neighborhoods in Seattle. Founded around 1890, the Boeing Co. built its first airplane factory there in 1917. And the community, known for its large clusters of floating homes and houseboats along Fairview Ave, received plenty of attention after the floating home sensation of "Sleepless in Seattle" (Tom Hanks' home was actually across Lake Union on Westlake). Eastlake has its own small core of shops and restaurants, and has great access to downtown Seattle and the University District.

Eastlake is a neighborhood in Seattle, Washington, so named because of its location on the eastern shore of Lake Union. Its main thoroughfare is Eastlake Avenue E., which runs from Howell Street at the northeast corner of Downtown north over the University Bridge to the University District, where it connects to Roosevelt Way N.E. and 11th Avenue N.E. A second thoroughfare is Boylston Avenue E.; as an arterial, it parallels Interstate 5 for the four blocks between E. Newton Street to the south and E. Roanoke Street to the north, acting as an extension of Capitol Hill's Lakeview Boulevard E. 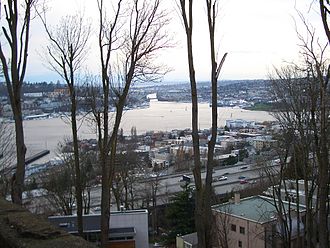 Eastlake stretches between I-5 and Lake Union

Victor Steinbrueck wrote of the neighborhood in 1962 that it was "progressing from a generally mediocre residential community to one of apartments and small business and offices."

The neighborhood contains a mixture of residential buildings, both houses and apartments, and small businesses, especially on Eastlake Avenue. Though populated by all manner of Seattleites, Eastlake is a particularly attractive location for people with ties to the University of Washington, which can be reached quickly by a number of bus routes. The neighborhood is also home to, among other things, stores, restaurants, the original Red Robin gourmet burger restaurant (now closed), a bakery, and numerous houseboats.

Near the north tip of the neighborhood is a pseudo-Norman French building known as the Martello, which the Seattle Department of Neighborhoods characterizes as "one of Eastlake's most significant buildings." Built as a private home in 1916, it was remodeled in the 1920s by Fred Anhalt as a furniture store. For many years it was a tavern, later a bar, called Rapunzel's; it is now Sebi's Bistro. 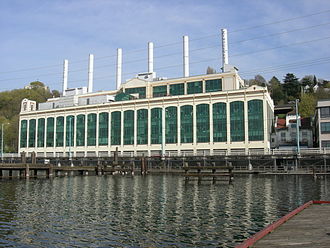 The former City Light Plant No. 3, once ZymoGenetics, now part of the Fred Hutchinson Cancer Research Center, in Eastlake along Lake Union 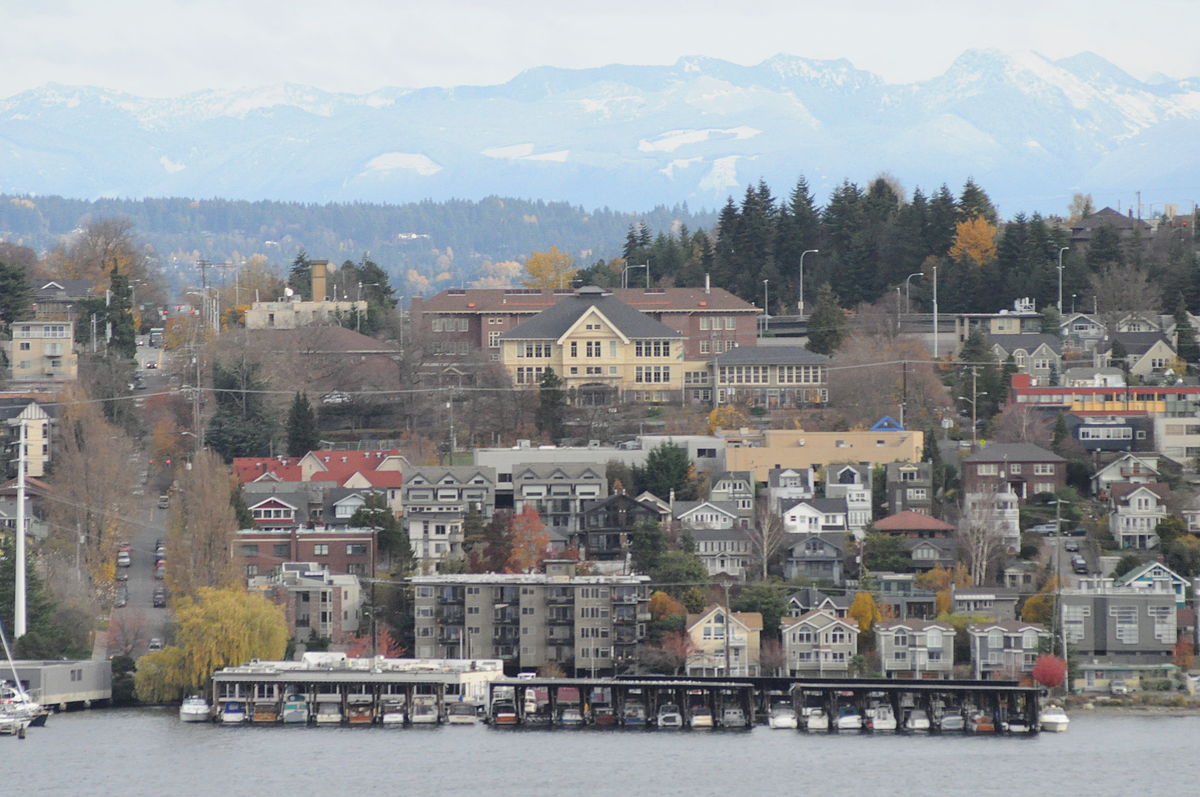 In 2006 a group of Eastlake residents and friends transformed the E. Louisa street end on Lake Union into a park whose focus is a pétanque court called the Eastlake Boulledrome. Built from granite curbs recycled from Pioneer Square and pitching mound material from Safeco Field, it is now the "home field" for the Independent Petanque Club of Eastlake. The project cost $15,000, which was awarded from the Seattle Department of Neighborhoods' Neighborhood Matching Fund.

Eastlake is also home to Seattle's highest concentration of houseboats, the likes of which were made famous in the 1993 film Sleepless in Seattle. Their architectural styles range from the bohemian-eclectic to exuberant stucco-modern. New construction of houseboats taking place on Fairview Ave. E. is underway, with the slips alone often selling for over $1 million.