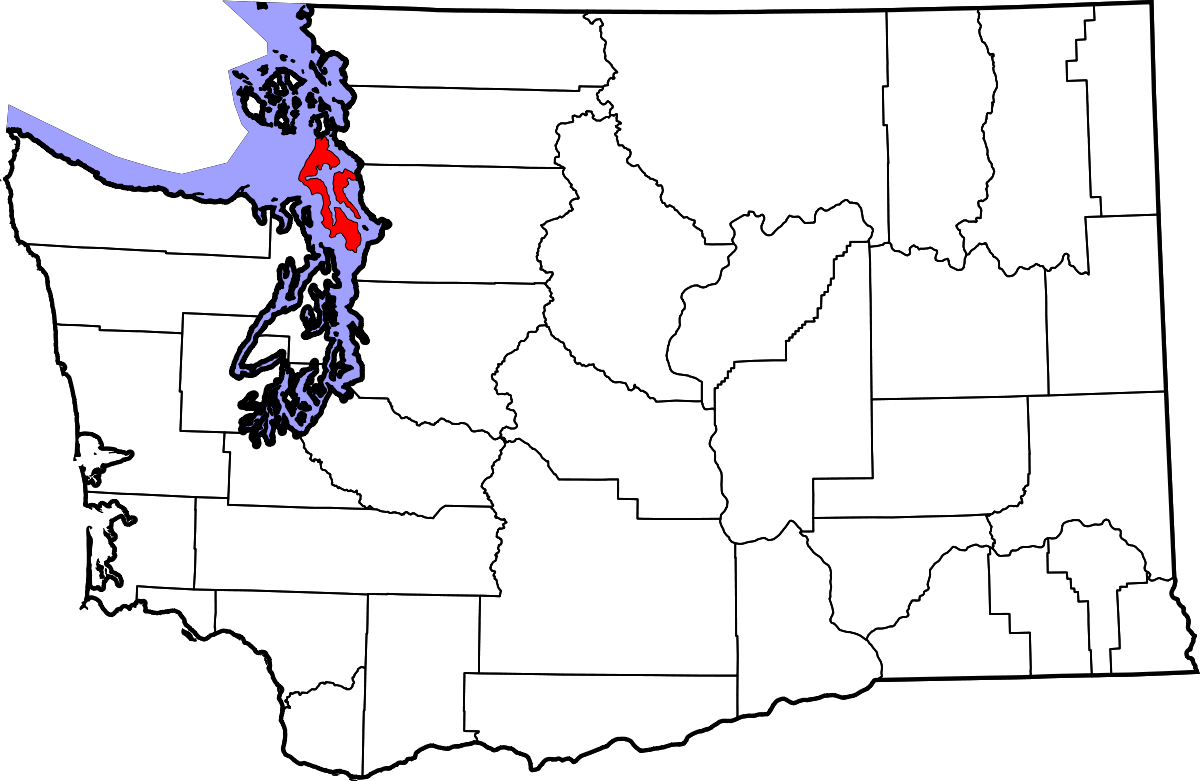 Island County, Washington was created on January 06, 1853 from Thurston County. Its largest city is Oak Harbor. The county's name reflects the fact that it is composed entirely of islands. It contains two large islands, Whidbey and Camano, and seven smaller islands (Baby, Ben Ure, Deception, Kalamut, Minor, Smith, and Strawberry). The county was first settled by I. N. Ebey in 1850 and later by Captain Thomas Coupe in 1852. The U.S. Naval Air Station on Whidbey Island created an economic revival in the county when it was founded in 1942. Its county seat, Coupeville, is now a preserved historic town. Today the main economic activities in the county are government, farming, fishing and tourism.

The primary islands of Island County, Whidbey Island and Camano Island are served by a total of 3 Washington State Routes, those being SR 20 and SR 525, on Whidbey Island, and SR 532 on Camano Island. SR 20 enters Island County via the Port Townsend-Coupeville (Keystone) ferry route from the West, and departs via the Deception Pass Bridge in the North. SR 525 enters Island County from the East/South via the Mukilteo-Clinton ferry and terminates at an intersection with SR 20, South of Coupeville. SR 532 begins on Camano Island, just a few hundred yards inside Island County at an intersection with Sunrise Boulevard and departs Island County to the East via the Mark Clark Bridge. These islands are also served by a fare-free/pre-paid bus service called Island Transit.

All the charm, detailing & beauty of an historic home combines with the comfort & ease of a modern home! Built to replicate an heirloom family home, this 4 bedroom, 3+ b...

Single-level-living (4 bedrooms!), across from the golf course, just under 1 acre, yet only mins into town?! Oh, yes! The open concept floor plan is thoughtfully laid out...

Courtesy of Realty One Group Orca

Welcome to lovely Oak Harbor living! This beautifully remodeled home has incredible attention to detail throughout - from the spacious kitchen with all brand new applianc...

Want a condo with a great location? Check out this Madrona Heights condo which has 2 bedrooms and 2 baths. Located on the top floor, you can enjoy BBQ’s on the deck whi...

This is it! Home sweet home in the well established community of Rolling Hills. Enter into the bright naturally lit living areas of this home, and functional floor plan w...

Delightful duplex at Mutiny Bay offers several options, primary residence, investment or both! Beach access across the road and at Robinson Road. Well maintained inside &...

Delightful duplex at Mutiny Bay offers several options, primary residence, investment or both! Beach access across the road and at Robinson Road. Well maintained inside &...

Wonderful west-facing cottage! Here is your opportunity to downsize, have a vacation rental or getaway island home with views of the shipping lane and Olympic mountains. ...

Great opportunity to own a home in +55 Western Village. This wonderful barely lived in home is only 10 years old and is move in ready. Park is flat with easy walking to c...

Just in time to start the New Year living in your own home. This home sits on a large corner lot in a lovely neighborhood close to schools, shopping and access to NAS Whi...

10 acres ready for the home of your dreams, with the opportunity to have 2 building sites, a main house and a cottage/guest house *up to 1k sq. ft*. This property sits on...

The database information herein is provided from and copyrighted by the Northwest Multiple Listing Service (NWMLS). NWMLS data may not be reproduced or redistributed and is only for people viewing this site. All information provided is deemed reliable but is not guaranteed and should be independently verified. All properties are subject to prior sale or withdrawal. All rights are reserved by copyright.
Like or Share
Loading likes...