Phinney Ridge is home to Woodland Park Zoo and known for a multitude of pets. In fact, it's estimated that there are three dogs for every fire hydrant in the area. Views from the west side of the ridge span Puget Sound and the Olympic Mountains, and from the east side of Phinney you can see Green Lake and the Cascades. Condos abound on the main street, while most Craftsman and Tudor homes line the quieter residential streets. The neighborhood is named for Guy Phinney, a Brit from Nova Scotia who invested $40,000 in 1889 in an estate he called Woodland Park. He added ball fields and paths that dropped down the hill to Green Lake, where he built a bathing beach.

Phinney Ridge is a neighborhood in north central Seattle, Washington, United States. It is named after the ridge which runs north and south, separating Ballard from Green Lake, from approximately N. 45th to N. 85th Street. The ridge, in turn, is named after Guy C. Phinney, lumber mill owner and real estate developer, whose estate was bought by the city and turned into Woodland Park in 1899. Phinney's estate had included a private menagerie, and the western half of the park became what is now the Woodland Park Zoo.

Green Lake and the eastern side of Phinney Ridge

The rough boundaries of Phinney Ridge are Aurora Avenue N. (State Route 99) to the east, beyond which lies Green Lake and the eastern half of Woodland Park; N. 75th Street to the north, beyond which lies Greenwood; 3rd Avenue N.W. to the west, beyond which lies Ballard, and N. 50th and Market Streets to the south, beyond which lies Fremont and Wallingford. Phinney Ridge's main thoroughfare, which runs atop the ridge south of N. 67th Street, is Phinney Avenue N. North of N. 67th Street, the arterial swings a block to the west and becomes Greenwood Avenue N. The route is lined with many small businesses and shops, as well as the Phinney Neighborhood Center, located at the corner of Phinney and 67th. It has occupied the former John B. Allen Elementary School building, which was built in 1904, since 1981, when the school closed.

Wildlife in the area, especially adjacent to Woodland Park, has always been a subject of discussion; at least two medium-sized (8-15 individuals) coyote packs are known to inhabit the area feeding off the large population of released domestic rabbits that also called the park home until February 2006 (now have returned 06/01/09). 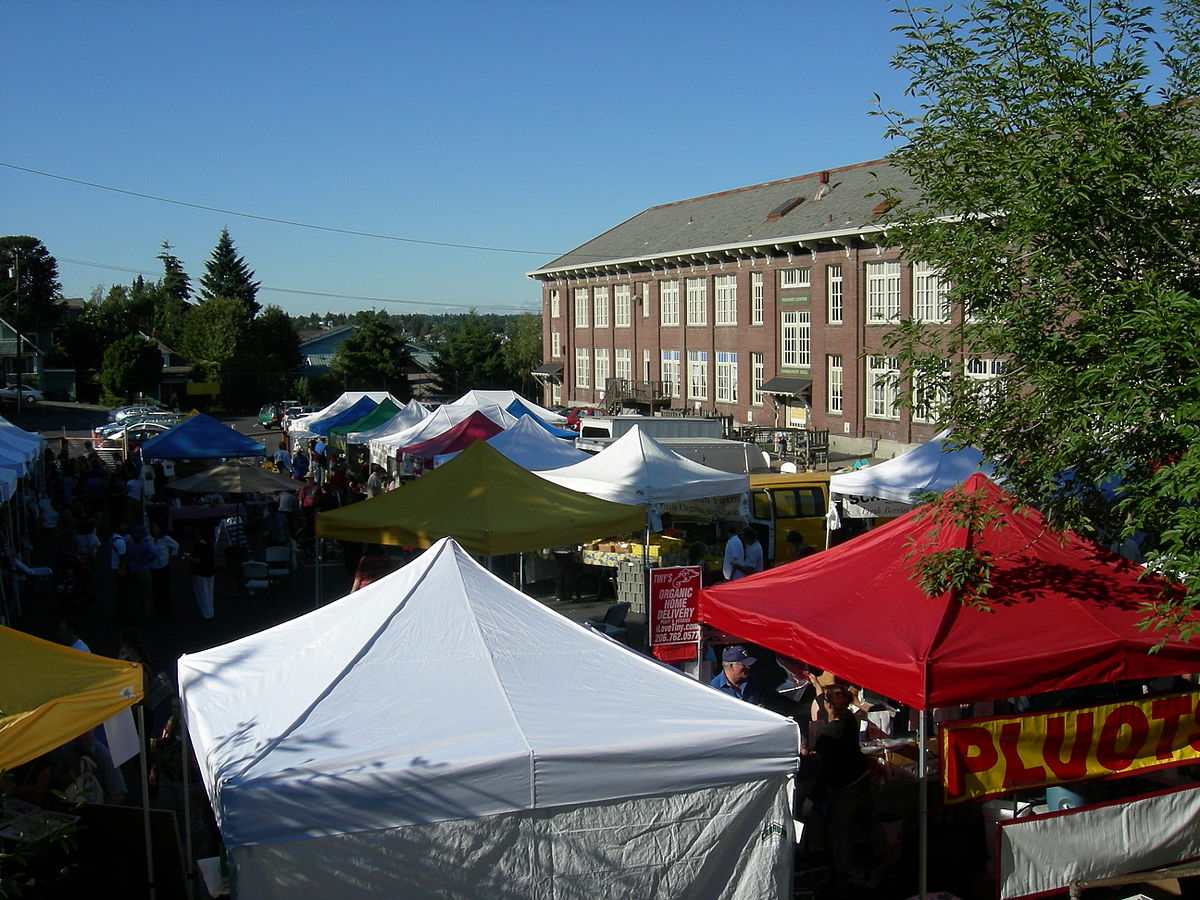