Seward Park has a population of 11,251, the percentage of Families with Children is 27%, and it's part of King County. The Livability Score of Seward Park is 63/100. It ranked #59 neighborhood in Seattle and #243 neighborhood in Washington. For Seward Park Employment, the Median Household Income is $113,075, and the Unemployment rate is 4%. For Real Estate, the Median Home Value is $686,673, the Median Rent is $1,708, and the homeownership is 77%. And for Seward Park Transportation Information, the percentage of workers who drive to work is 61.6%, the Workers who take public transit is 12.9%, and the Workers who carpool is 10.7%.

You may want to walk or ride your bike heading to Seward Park at 5900 Lake Washington Blvd S when you have a free day. Seward Park has an old-growth forest with abundant wildlife, hiking trails, a walking path along with Lake Washington, beaches, fishing areas, tennis courts, picnic sites, and a playground for kids. Other residents get together in this park to enjoy the beach areas for kayaks, paddleboard, and other water sports. If you want to stop by and purchase some food before or after the park stroll, visit some recommended restaurants like Bent Burgers (bentburgers.com) at 5100 S Dawson St to buy burgers, sandwiches, and fries. Or visit the pizza place named  Pizzutos (pizzutositalian.com) at 5032 Wilson Ave S  to buy pizza for your picnic party at the park. To see today's condo listings in Seward Park, Seattle, please click the link below.

Seward Park is a large urban forested peninsula jutting out into Lake Washington. The Seward Park neighborhood surrounding it in South Seattle is a mix of quiet residential lakeside homes and an active urban district to the West. Waterfront homes in Seward Park are often the most-expensive homes in all of South Seattle, and much of the Eastern part of the neighborhood shares strong real estate values in the quiet residential streets. Closer to Rainier Ave there are much more affordable homes with livelier surroundings.

Seward Park is a neighborhood in southeast Seattle, Washington just west of the park of the same name. It is part of Seattle's South End. The park itself occupies all of Bailey Peninsula, which juts into Lake Washington. The attached map is accurate, broadly speaking, in capturing "Greater Seward Park," though real estate sites, such as Zillow, will refer to the part of the neighborhood north of Orcas Street as Lakewood, which is reasonable, since that neighborhood is the historic home of a "community club" (which owns its own house and land) once known as the Lakewood Community Club (built on or around the 1920s), and now known as the Lakewood-Seward Community Club. 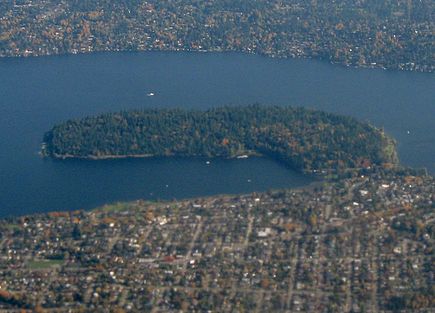 The neighborhood is bounded on the east and north by Lake Washington, on the south by South Kenyon Street, and on the west by the eastern boundaries of Columbia City, one of Seattle's oldest neighborhoods. Because, as the city of Seattle proudly notes, Seattle does not believe in wards, wishing to avoid the "ward politics of 'back East'" (that would be Chicago and eastward), Seattle has no legally defined neighborhoods, though it now indeed has seven "wards." However, the city does respond to popular definitions, as does Zillow, and the city's website indicates how complex the west border of the Seward Park (or Lakewood-Seward Park) neighborhood is.

The 300 acres (121 ha) of Seward Park has about a 120 acre (48.6 ha) surviving remnant of old growth forest, providing a glimpse of what some of the lake shore looked like before the growth of the city of Seattle. With trees older than 250 years, the Seward Park forest is relatively young (the forests of Seattle before the city were fully mature, up to 1,000–2,000 years old). Still, there is no other forest within the city limits like Seward Park's. You can wander trails where all you can see are towering softwoods, mostly Douglas firs, but with other species present as well, including Western hemlock, Pacific madrona and Alaskan cedar. The Park offers at least five distinct experiences, which are further described under the entry for the park itself.

One of the earliest settlers, E. A. Clark, was influential in the life of Cheshiahud, a young man at the time, the mid-1850s.

The Seward Park neighborhood includes what may be one of the highest residential hills in Seattle (the hill is traversed by Graham Street near its high point, thus earning it the name "Graham hill"). In a series of annexations, the neighborhood joined the City of Seattle in 1907.

Although no schools fall within the borders of the neighborhood as described on city maps, three public schools, Graham Hill and Hawthorne and Dunlap elementary schools serve the area's students. In addition the alternative Orca K-8 lies within blocks of the neighborhood's boundary. 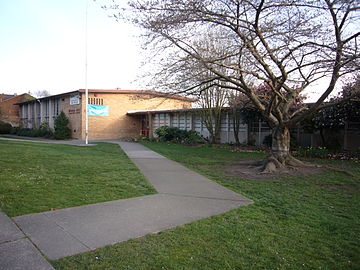